On the last day of Term 2 the annual South Coast Schools golf championship was held at PSCC.

We are pleased to announce that the 2017 Summer South Coast School League has been concluded with the following being the results:

The trophy was handed out on 30th of June 2017 at the South Coast Schools Champs held at PSCC to Kuswag. 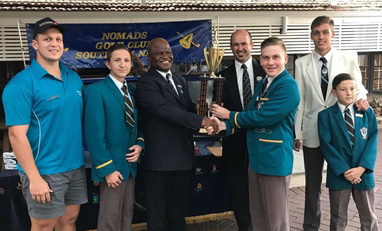 A total of 40 golfers took part in the championship. Teachers also played in the field to assist with golf etiquette and rules.

The Southern Natal school Champion for 2017 is Shiven Govender of Kingsway High School.